3 pitfalls in a transforming world Column in Marketing Tribune

Everyone has patterns in life. Checking your smartphone when you wake up. The first cup of java in the morning. Companies also have patterns. Habits. It's hard to break habits. Organisations that are undergoing a (digital) transformation and that want to become agile while letting go of the existing patterns and methods must also take full advantage of any transformation. So let's take a closer look at your (digital) transformation.

Have you already put in place multidisciplinary agile teams?

Good! But how does your business stand to benefit from this? Is your agile organisation delivering on its promises? When I look around me, I see that organisations do not respond better and faster to market changes in spite of all the changes they implemented. I see a lack of innovation and often the profit does not live up to the expectations. I have identified three pitfalls.

We can only deliver on the promise of agile working if we dare to let go of old habits and embrace the new.

Three pitfalls that are the outcome of sticking to patterns that are actually hinder you in what you do. Entrenched habits that may have yielded certainty, comfort and results in the past but which now form an obstacle in a rapidly changing world of transforming organisations. We can only deliver on the promise of agile working if we dare to let go of old habits and embrace the new. So instead of checking your phone just after waking up, maybe take some time to reflect and create the space for real transformation.

This column was also published in MarketingTribune magazine on 14 February 2017. 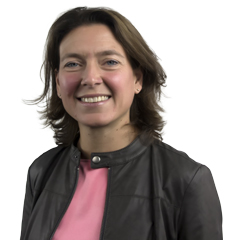 Previous blog Improving your customer journey in a targeted manner: from a vision to testable and tangible results Volgende artikel Leadership in an agile world is “another cook”
View all blogs in the category Digital transformation