Millennials: why the Banking industry needs a Digital refresh

Developing a digital offering for the banking industry requires more than a simple change of channel. It must offer an integrated and improved customer experience to a key target audience. This will enable more targeted and efficient services. We expect three directions in which banks can evolve.

But first, did you know that:

If you work in the financial industry, let that sink in for a minute:

On top of this, they expect that major innovation will happen outside of the traditional banking industry. They look at the likes of Google, Amazon, Apple, Paypal or Square to do the heavy lifting.

I’m not proclaiming the end of the classic banking industry, but these statements and these figures, should act as a serious wake-up call. No more snoozing, it’s time to hit the alarm clock and get to work. Belgian and Dutch banks have continuously been trying to incorporate digital and mobile offerings, specifically targeted at younger audiences. BNP Paribas for instance launched Hello Bank (BNP Paribas claims it is the first 100% digital mobile bank in Europe) and promoted it through Tomorrowland, a Millennials gathering like few others. Belfius Bank and Beobank used Adshel digital advertising screens to interact with a broad audience and promote mobile apps, or contests.

In May 2014, KBC used the same Adshel screens but went somewhat further in their interaction through their “Alles kan beter” www.alleskanbeter.be (Everything can be improved) campaign in Gent and Antwerpen. An initiative that set forth to generate a bridge between small and medium-sized entrepreneurs and the local public. Instead of having to execute costly and time-consuming market research, entrepreneurs were invited to ask targeted questions regarding their products, prices, sales channels or even expansion ideas. With over half a million responses from the general public, the campaign was a major success.

The future of Banking

On top of the economic impact the 2008 financial crisis had, it also altered the way consumers look at financial institutions forever (and businesses in general). In their book, Reinventing Financial Services (2010) Roger Peverelli and Reggy De Feniks state that the consumer has revised its purchase drivers. Consumers are looking for an increased transparency and simplicity, ethical and sustainable nearby banking. Big, global banks don’t necessarily provide the trusting feeling that they used to, small is beautiful. This leads to an ever-increasing need to put the customer at the heart of it all. Customer centricity and advocacy are the current banking institution’s biggest challenge. In order to do so, meaningful relationships must be built with existing customers and digital offerings definitely have the potential to play a winning part in that challenge. If the development of a digital proposition is the core concept around which a new banking proposition must be developed, we can identify three directions in which banks will evolve: 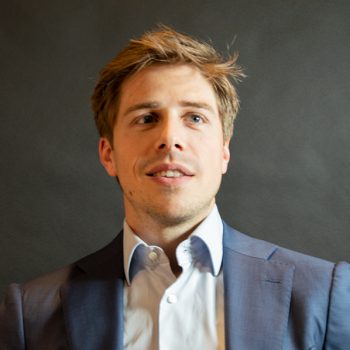 Previous blog On what kind of diet is your organisation? Volgende artikel Entering the insurance brokers’ winners circle
View all blogs in the category Digital transformation